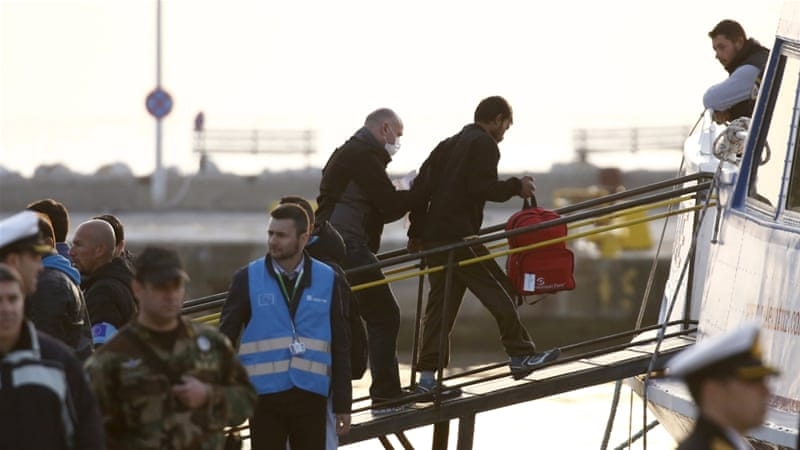 *The following process also applies to Ukrainian nationals that have been rejected and haven’t obtained the Temporary Protection status.

During your asylum process you are staying in Greece legally and you cannot be deported. The Greek Asylum Service must first clarify whether there is a need to provide you with international protection.

Please note that the law does not protect you from deportation when you submit a subsequent asylum application, unless it is found admissible and you are invited for a new interview. If you receive a final rejection to your asylum claim (after your appeal, or if you do not appeal against a first negative decision within deadline), your status in Greece will not be legal. Your asylum seeker card will be taken and you will not have access to accommodation and cash assistance.

At this point, if you are stopped by the police, you will likely be detained.

When does deportation happen?

You will then be transferred by the Police at the nearest deportation center, where they will keep you in detention, until the time comes for your deportation.

Pre-removal centers are located in:

What happens if I get a negative decision and my appeal is unsuccessful?

According to the regular asylum procedure, If your first instance asylum decision is negative and your appeal is unsuccessful,, you risk getting detained under police custody and deported back to your country of origin. In some exceptional cases, there is the possibility to be given a deadline to leave the country. If that is the case, the deadline will be mentioned at the end of the negative decision.

When does readmission happen?

If you have arrived in Greece from Afghanistan, Pakistan, Bangladesh, Somalia or Syria from Turkey, there is a chance that you get readmitted back to Turkey if you receive a final negative decision. Readmission can also take place for persons arriving in Greece via Albania or Northern Macedonia regardless of your country of origin. In this case as well, in case of a negative decision, you might get readmitted to Albania or Northern Macedonia, provided that these countries are safe for you.

How does deportation or readmission take place?

After the negative decisions are announced, you will be taken to a pre-removal detention center. Detention there could last up to 18 months.

During your detention, you have the following rights:

If you are being deported - there is a list of flights departing for various countries every week. The police will announce when it is your turn to depart for your country of origin.

If you are being readmitted – at the moment (since March 2020), no readmissions are made to Turkey. It is unclear when they will resume. Previously, there have been boats leaving for Turkey regularly and the police would announce when it was someone's turn to be readmitted.